I’m the first to admit that I was pretty terrible at delegation.  In fact, you could say I had become a master at doing everything myself (well, it sure felt that way!).   The problem with this approach is that it is very easy to become overloaded and let the stress overwhelm you. The best part about delegating is the freedom that it provides you to do the things you really want to, so how can you make that happen?

When I started at BRS, I think it became pretty clear to everyone in the team that I wasn’t so great at saying no.  I took on every and any task and wasn’t very good at sharing any back.  There were a couple of reasons for this, one being that in past roles I’d been in I didn’t have anyone to delegate to (or felt I didn’t) and I also suffered from what I like to call the guilt syndrome.  The thought of asking someone to do something work or personal wise, or even saying no made my stomach flip and I’d become wrecked with guilt at letting them down.  No one had ever responded negatively to me asking them to do something, I just really didn’t want to give them the opportunity to!

So it was with a coaching session or 2 and some lessons in asking for some help, I began my journey of letting go.  I was fortunate at BRS to be in a company that encouraged us to follow our passions, and for me to be able to work on the things that I loved to, I had no choice but to learn to delegate.

Some of the strategies and tips that helped me were:

By delegating to others you are also empowering them and allowing them the opportunity to skill up. It frees you up to take on more exciting challenges and spend the time on the areas that you add the most value to, and gives others career advancement opportunities as well. 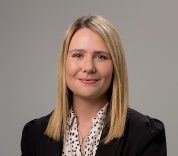