It is an often used statement in consulting, ‘win a big project, keep people busy, and all the HR matters go away’. I’ve used it myself.

I honestly believed it. A consulting workload has peaks and troughs, especially if you deliver largish projects that require a significant investment of time to win and deliver. They consume large numbers of people for an intense period, then the team comes flooding back to the mothership.

One of the real challenges is demobilisation and repatriation, and most noticeably keeping those that have worked on major projects engaged and focussed during the project and when they return to the home office.

A regular consequence of not having the next big project or tender to move onto was disruptive, negative or unconstructive behaviour, often aimed at striking a wedge between ‘us’ (the people delivering projects and making money for the business!) and ‘them’ (the lazy, overhead bearing office workers in home office).

It creates HR headaches, impacts morale and the business. It creates silos and mistrust which is not positive for anyone involved.

As soon as the next big project comes though, and they did, the issues disappeared.

So from that experience, I was a believer of the view to ‘keep them busy and the HR issues go away’.

In recent years the change in large consulting organisations as well as the construction industry has been unprecedented leading me to apply a keener eye on this topic. I now believe that whilst it is a factor, it is most certainly not the underlying reason. The strength of individual and organisational cultural and values alignment, as well as the engagement of people with the organisations overarching strategy and purpose (the Why?) and the role they play is a more subtle but much more powerful force.

I have observed a number of businesses over recent years, who once had incredibly strong organisational performance, deeply entrenched culture and values alignment, a clear strategy and purpose, now struggle to retain good people even when they are busy, and even when the market is tight. This shows the impact a high performance culture can have, particularly one that can be resilient during challenging times.

I used to think that an environment where there is a very tight job market, and a team that has secured and is delivering very interesting projects would be able to retain its people. Well these businesses were in exactly that position but still could not stop their people leaving, and very regularly without another job to go to.

Discussions with some of those that have left have flagged the projects were simply not enough. The lack of personal alignment with the organisations values, a lack of clear strategy and purpose (the why?) and connection with the role they played in the future were the dominant reasons for those people choosing to try their luck elsewhere.

In the situations I am referring to, the organisations were undergoing or had been through substantial change, where their culture, values and strategy had changed significantly, so maybe managing change is the underlying reason. Mmmm…. something else to ponder as the root cause. No doubt it’s a combination of these complex factors, but the clear learning I have had is that keeping people busy is just wallpapering over the cracks if there are more fundamental underlying problems. If you are someone who says, we just need to win the next project and the problems will go away, think again.

Are you creating an environment where your people are aligned, engaged and empowered? Are your people connected to something stronger than their pay cheque and security needs of the next project? 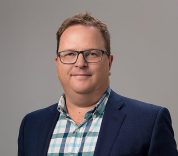 "Challenges regularly arise when you establish, build and lead a project or business. Overcoming these challenges as a team and learning from each other is where the real satisfaction lies. My experience’s enable me to appreciate the pressures confronting our clients and how to overcome them. When coupled with my passion for helping others succeed and a firm belief that learning and improvement is fundamental to satisfaction and success in business, I draw great fulfilment from being able to see my clients improve their performance.”