I have recently begun an internship at BRS and am already experiencing what I can only describe as a positive “culture shock”. BRS has, what is described in Human Synergistics as, a “constructive culture”. Constructive culture is broadly broken down into the following elements/traits: achievement, self-actualising, humanistic-encouraging and affiliative. This culture feels like a completely foreign corporate environment to me: the culture is accepted and embodied by all staff members; everyone enjoys, and feels empowered to do, the work they are doing; feedback is shared within the team regularly and, most importantly, constructively; the team works harmoniously; productivity is very high; and consequently, everyone actually has a work/life balance.

Contrastingly, a number of workplace cultures, corporate or otherwise, can tend towards “aggressive/defensive”—that is, despite being branded both internally and externally as constructive. In Human Synergistics an aggressive/defensive culture is broadly broken down into the following elements/traits: perfectionistic, competitive, power and oppositional. I assume this aggressive/defensive workplace culture is actively facilitated because of the apparently widely held belief that fear, power and competition are the tried and tested methods of achieving high performance. This is a time held belief because this is just how business is….isn’t it? This is often how business is conducted, but I would argue that it does not have to be this way.

Even in cases where an aggressive/defensive culture has not been actively facilitated by leadership, it can occur as an unfortunate by-product of management focusing exclusively on the “what” (i.e. higher profitability) and either ignoring or not spending enough time and critical reflection, if any, on “how” to get there (i.e. the culture of the firm). Consequently, what often results is: targets not truly being met; the quantum of the cost not truly being understood by management; the work environment not being sustainable for employees; the correct factors not being tracked; and perceived high performance rather than actual high performance.

Alex Normandale undertook an internship with BRS in 2014. 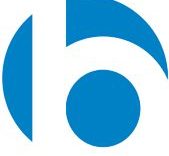