On 7th February each year, my family re-lives the anniversary of the Black Saturday bushfires. On that terrible day in 2009, my father-in-law lost his family home of 40 years and many friends in the bushfire that destroyed Marysville. He only escaped with his life through the proactive intervention of a close neighbour. 173 lives were lost on that day in fires across Victoria.

The events of that day showed that, as a community, we were ill-prepared for the dangers we faced. Prior to that day, there was a sense that things were safe enough. Certainly there was no widespread ringing of alarm bells or community push for better bushfire safety policy, fire-ground response or emergency and incident management.

All that changed after Black Saturday when we learned that what had been considered safe enough, was not safe enough at all. And we were a long way from being safe.

After the fires, the outcomes of the Royal Commission showed that there was much that we could do to improve safety and avoid a repeat of Black Saturday. Unfortunately, the community had been blind to it because of a false comfort that things were safe enough. The prevailing community attitude was that we need not do anything more.

The Coroner’s report into the fire that destroyed Marysville concluded that it was started by overhead power lines. The Coroner also found that the circumstances that led to the fire were foreseeable and avoidable. There are so many other situations in life where we accept the false comfort of feeling safe enough and do not adequately deal with foreseeable and avoidable safety risk.

I’ve worked in the road design sector for many years. We have minimum design standards that we must meet. If we comply with those standards, our designs are considered to be safe enough. Yet road trauma remains one of the biggest avoidable killers in our community. We must not confuse meeting the minimum acceptable standard of what is considered “safe enough” as being “safe”. In many cases it is not.

Tragic events like Black Saturday often cause a reaction that changes community attitudes and results in new definitions of what is safe enough. Such events become the trigger for action. But, that simply shows that, in many areas, we’re not being diligent enough about maintaining a momentum of continuous improvement in safety.

To continue to strive to improve beyond a level that is considered to be good enough takes courage and a different mindset to the norm. That is why the work done for the current Victorian Road Safety strategy is such a powerful example for other to follow. They have a fresh slogan “Towards Zero” that reinvigorates an initiative that has been hugely successful over many years but was losing impact with the community. Events like the “Shine a Light on Road Safety” campaign on 6th May elevates awareness of the issues and enables the community to get involved and show support. And the stronger focus on preventing people being killed or seriously injured when a crash occurs, in addition to focussing on preventing crashes, also gives additional impetus to achieve positive change. It is a great example of people not being satisfied with the false comfort of feeling “safe enough” when there is more that can be done towards becoming “safe”. 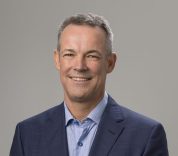 "As a kid, I loved solving puzzles. I learned to apply different strategies and approaches to make headway until a breakthrough arose. This is how I work with my clients; I help them learn about and better understand their challenges and work with them to develop solutions that help optimise and enhance their performance. But strategies and processes are only part of the picture. It is people and teamwork that will determine how successful we are in reaping the benefits and helping individuals and teams achieve their full potential is where I get my greatest satisfaction."

Supporting you to build great leaders